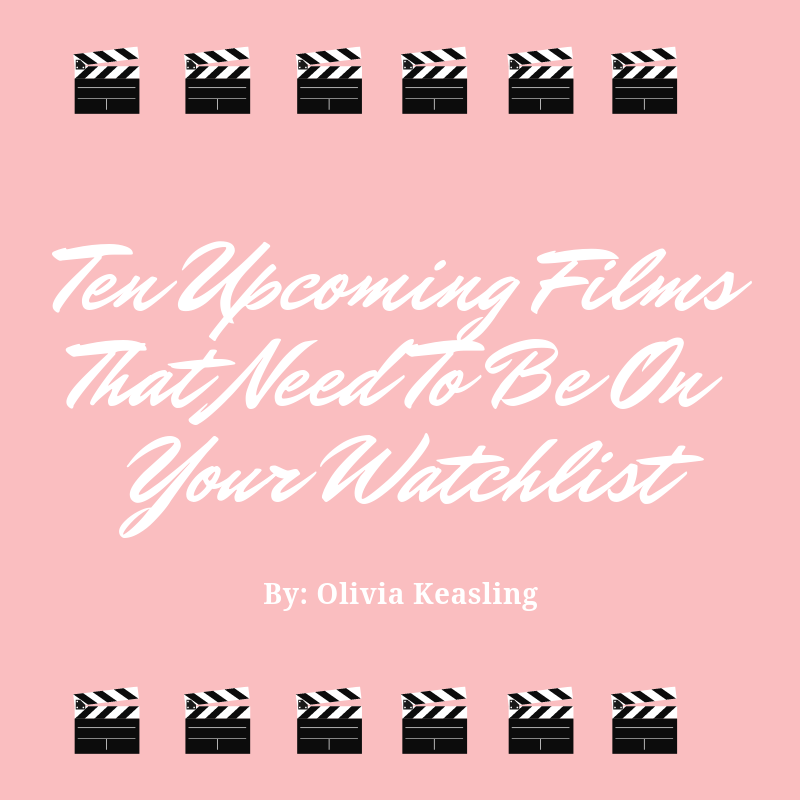 This is both Henry Dunham’s writing and directorial debut and as far as reviews go, it seems he has a lot of talent to bring to the table in both this project and future ones. As for my own personal intrigue in the film, when I first watched the beginning of the trailer I assumed it was some sort of dramatic retelling of either the Waco/Branch Davidian’s Siege or the Ruby Ridge standoff, because both involve the idea of a secluded militia. In this film, after a shooting at a policeman’s funeral, a seven-man militia meets to discuss the possible culprits of the crime. But, trouble comes when it’s realized the crime was committed with an AR-15— and locally, this militia is the only one who owns that type of gun… and they find one missing from their compound. As the men are kept in one warehouse, one is tasked with finding out which one of his fellow militia members could be responsible.

This trailer is absolutely insane— it looks like something straight out of a David Lynch fantasy. There’s so much gorgeous cinematography and coloring. There are so many shots that evoke a suburban-gothic type of stylized theming that spirals into some trippy Alice-in-Wonderland-dreamworld. It carries so much potential to have not only a killer narrative but be visually compelling.

It’s a more basic movie plot of two people want something, someone has it, and someone makes them do whatever they want to get it. In this case two young women know of a place they can steal money from, but the woman who lives in the house has a rule: if you come in, you have to play what is known as “the game”. Seen from the trailer, this includes anything from physically harming one another to psychologically torturing the girls, but I’m hoping because this is a film directed by a young woman it will carry more substance than the cringy torture porn-type films that get made with this structure.

This movie, dare I say, has the best title logo I’ve seen in a while. It looks reminiscent of old noir film femme-fatale lettering, especially the poster for Diabolique. In the same vein as, say, American Psycho, main character Reed is a type-A psychopath who has planned how he will commit his first murder. He’ll kill a prostitute in a hotel and then he will be free of these impulses and be able to be a good father. But, his plan is interrupted when the sex worker he hires has more up her sleeve than expected. It seems like if the movies Pet and American Psycho were combined, and done in the style of a neo-noir film. Also, it stars Mia Wasikowska in an atomic-blonde style platinum wig, which is enough to get me to go see anything.

What more could I possibly ask for other than a horror thriller starring both Jake Gyllenhaal and Toni Colette? Two of my favorite actors, in my favorite genre, and if Toni gives even half the performance in this film as she did in Hereditary, it’s going to be breathtaking. On top of all of those, it’s being directed by Dan Gilroy who directed one of my favorite Gyllenhaal films— Nightcrawler.

Velvet Buzzsaw has been pretty tight-lipped about its plot until the recent drop of its trailer this month, but from what I can gather it takes place in the world of high-society artists and art critics who stumble on paintings that end up being a vessel for some sort of demonic or dark force. It seems like it’s going to cover a lot about the capitalization of art and how greed and thievery affect that and I’m just fascinated to see the impact this film has, given it’s being released through Netflix.

Before I get into the plot, I want to say that I’ve been fascinated with the lore and history behind Norwegian black metal bands since listened to the episode of Last Podcast on the Left called (duh) “Norwegian Black Metal.” I can’t express how nuts the backstory is, especially for the band that this story depicts. Lords of Chaos is a dramatic retelling of the story of a black metal band called Mayhem from, well, Norway. There’s murders, self- mutilation, church burnings, and so much chaos that makes up the bands history that it was perfect for a horror film’s plot. Not to mention, the cast on this is STACKED to feed fans of indie cinema with names like Rory Culkin, Jack Kilmer, and Sky Ferreira all playing principle roles.

As the first documentary on the list, The Gospel of Eureka works to examine the relationship between LGBTQ+ communities and evangelical christianity in the deep south. There’s interesting parallels in the trailer drawn with a high-budget passion play and community drag shows at bars and what they mean to the people participating in them.

Behind horror/thriller, the thing I watch the most of is documentaries and this year seems to have a couple promising ones lined up, TGOE included.

I don’t have super strong feels on Greta’s star, Chloe Grace Möretz, but the last horror I’ve watched with her was the remake of Carrie, which was tragic. So, I’m hoping this film won’t have as weak a performance. Möretz plays a young girl (Frances) who finds a purse on the train and finding an address inside, returns it to a kind old woman named Greta, who she forms a bond with. They become closer, spending time together before Frances finds a shelf of purses identical to the one she found, and it’s revealed that she isn’t the first one to fall for Greta’s bait. It’s a weird flip on a stalker or obsessive relationship story because it feels like there should be no threat of violence given the woman’s age and fragility. Somehow, though, the trailer manages to catch a sense of danger and urgency in the type of manipulation and grooming being put onto Frances by Greta and it’s going to be really compelling to see how the power dynamic between the two main characters is played out here.

The one we are all waiting for: the release of Jordan Peele’s second directorial endeavor with Us. Everyone knows Peele for his 2017 phenomenal film Get Out, which was both publicly and critically acclaimed. Personally, it’s one of my favorite films simply because of how unique it was conceptually and it actually relied on the narrative it was telling for the scares, and wasn’t saturated with shock and gore. Us is the story of a four-piece family who come face to face with döpplegangers who are hostile and aren’t planning on leaving without getting whatever it is they came for. The imagery alone—the iconic Peele 4th-wall- breaking cry, the ceiling and wall crawling, the towering statues of the doubles as they stand in red jumpsuits in the driveway—is enough to invoke such a gross feeling in me that I’m eager to learn about all the lore that went into this film when it’s released. Plus, we get more content from Lupita and honestly what more can you ask for?

Here’s another wild card: a dramatized biopic that tells the story of author JT Leroy and the image that was created of ‘him’. It features Kristen Stewart as Savannah Knoop, who daylighted as JT— which was the literary persona of a woman named Laura Albert. It’s a film about deception and media coverage and how secrets either fall together or fall apart. And I know people still hold grudges on Kristin Stewart for Twilight and to them I say: grow up. I’d die for her and she has all of my unconditional support. This cast totes Courtney Love and James Jagger as minor roles on the cast list, and with only a 2 million dollar budget, I hope it turns out to be a sort of diamond in the rough— and based on early reports from viewers at the Toronto International Film Festival— it seems like it has the potential to be.

Last, but not least, here is the obligatory A24 film of the list. Under the Silver Lake follows a twisted journey that Sam (Andrew Garfield) goes on to find his disappeared lover, who vanished without a trace. It gave me the feeling if the aesthetic and quirky nature of Twin Peaks was mixed with the story line of Gone Girl. Given these are two of my favorite works by two of my favorite directors, I do have high standards I’ll judge this film by. It is, though, directed by the same person who did It Follows, David Robert Mitchell, which despite all the hype around, I thought was hot garbage. Hopefully Mitchell manages to pull through on this one and deliver a compelling narrative without it being such a painfully slow burn. But, I’m a sucker for a neo-noir conspiracy mystery type of thing, plus I’m a classic film student who latches onto anything A24 releases.

These recommendations only cover January through April of 2019— hit me up on Twitter if there are any releases I missed that you’re geeking over.