As my friends and I packed a couple of suitcases, disposable cameras, and all of our excitement into our car, we considered what we were about to do. Driving from one end of the state of Florida to the other is no simple task, but there were two days of Hippo Campus shows to attend and memories to make. In the end, we would do it a hundred times over if we could.

Our first stop was in Cocoa Beach, Fl, where Hippo Campus was headlining the first night of Rootfire at the Park, a music and lifestyle festival donating 100 percent of its ticket proceeds to Hurricane Irma relief efforts. As a Floridian, it was heartwarming to see so many great artists come together to help our state. A deep sense of community radiated throughout the crowd and even more throughout the Hippo Campus fans. It was almost as if between shared glances and the collective hum of excitement, we all knew who we were there to see. Despite being a fan of the band for quite some time, it was my first experience seeing them live and they definitely surpassed my already high expectations. Opening their set with the ultra-catchy “Way It Goes,” the band sent the crowd into a daze for the rest of the show. The passion Hippo Campus brings to the stage is palpable as the music moves through Nathan Stocker’s (guitar/backing vocals) fervid playing and Zach Sutton’s (bass) head bops and dance moves. Jake Luppen’s (lead vocals/guitar) immense talent is proven even further by his live vocal ability and is absolutely captivating. Whistler Isaiah (drums) and Hippo Campus’s resident trumpeter, DeCarlo Jackson tie the performance together in a way that just makes everything about Hippo Campus work. Seeing them play an incredible set in an open-air festival setting left me selfishly wanting more but luckily I’d get my wish.

After a few hours of sleeping and driving, we arrived in Gainesville for night two. Night two of Hippo Campus was a whirlwind of so many great moments, it’s hard to know where to start. We lined up in front of The High Dive several hours before the show and in between getting lost looking for pizza places and trying to kill time, we were lucky enough to meet Zach, who was so kind it confirmed all the sweet things I’d heard about people’s experiences meeting the band. Little did I know that later on in the night ,in a sandwich shop behind the venue, I’d get the random chance to speak to Nathan about touring. About an hour before doors would open, a couple of my friends and I decided to head to a restroom and were surprised to see Nathan hanging out in the outdoor restaurant attached to The High Dive. The sheer nonchalance of the situation prompted us not to interrupt him but on the walk back I decided that the coincidence was too good. He welcomed us with a smile and after I introduced myself and mentioned I was writing this piece, he was happy to talk about his experiences with touring. While fellow Minnesota band, Trampled by Turtles, played through the restaurant speakers, Nathan said this of his favorite part of touring: “My favorite part of touring is probably being able to meet people everywhere and learning how they live and trying to become a better person out of that. Doing that with my friends and being able to see and share in a human experience in the most unlikely of places, just randomly, is pretty cool. I love that about touring. I could do that forever.”

Special, random human experiences, like those in sandwich shops, are an essential part of a Hippo Campus show. Sitting for hours before a concert, you get to know a lot about yourself but you can also meet some great people, all brought together by a shared love for the music. When talking to fans in line, two girls we had quickly befriended and who had never seen Hippo Campus live, we’re most excited about the energy they expected to feel during the show; “they’re so happy– them, the music, it’s just a happy feeling.” Similarly, a fan who had seen the band live several times said she keeps coming back because, “the vibe of the crowd is really awesome. It’s just a nice environment to be in and to share with so many people that like the same music.”

The recurring theme of human experiences and all around good energy excited me as doors opened and we piled into the sold out venue. My friends and I locked arms, took part in the all too familiar race to the barricade, and soon enough, Remo Drive walked on stage to start the night. As a biased, major fan of theirs, I’d say they killed their set. The band played songs from their Greatest Hits album and covered “When You Were Young” by The Killers, a crowd favorite. By the end of the Remo Drive set, the crowd was amped up and ready for Hippo Campus. This show had a completely different feeling from the previous one. The more intimate setting made for a show that felt more familiar, like home for a couple of hours. As the band went through their setlist playing crowd favorites like “Suicide Saturday” and “Little Grace,” my friends and I somehow managed to get separated. Oddly enough, it was at this point that the show felt most like I had expected it to, like a million moments packed into one. I turned to look back and across the crowd at my friends during my favorite part of “Traveler” and could see each of them feeling the same thing. It’s an individual experience in the most un-individual setting. As I stood alone in the crowd under the glow of purple lighting, I could feel every bass line, beat, riff, and trumpet run with the utmost intensity. A Hippo Campus show is the kind of show where you feel like there’s room to dance even when a sold out venue means there isn’t any. The crowd jumps and sways together to make room for everyone’s movement. I also noticed the respect for the music from the fans, a quiet crowd during “Monsoon” and the concentrated faces of some fans on just the playing of the instruments. I thought the night couldn’t get any better, but I also thought my chances of seeing “Sula,” from Hippo Campus’s first EP Tarzan Rejects, live, were slim to none. I was so very wrong. After the band left the stage and the crowd started chanting “Sula,” I thought there was so no way they would come back out to play it for the encore. But Hippo Campus is a band for the people, and the people wanted “Sula.” Hearing those first chords for the song was so exciting and ending the night with the song’s high energy finish, singing along, “I’ll be waiting for you,” was incredibly fitting. As the song neared its end, I felt like I was a part of something and like that something wouldn’t end when the song did. Eventually, the lights dimmed, they walked off stage, and the weekend came to a close. Exhausted and happy, we said bye to the friends we had made and prepared ourselves for the long drive home the next morning. 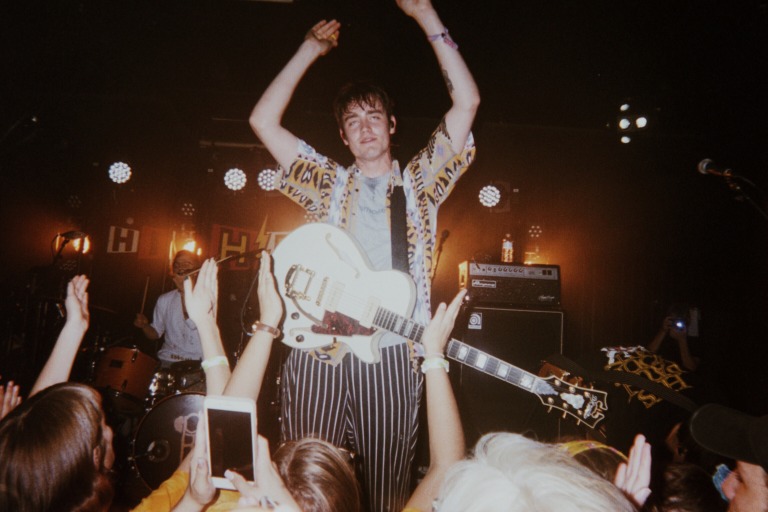 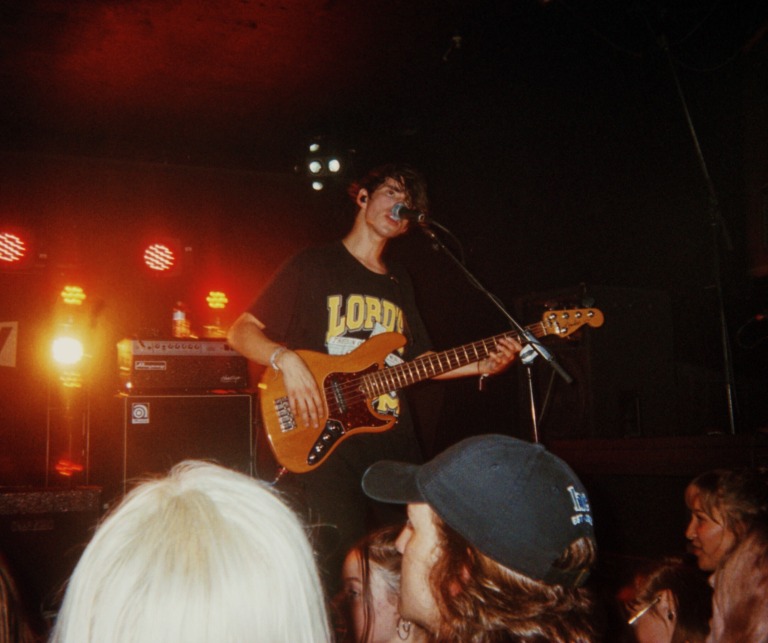 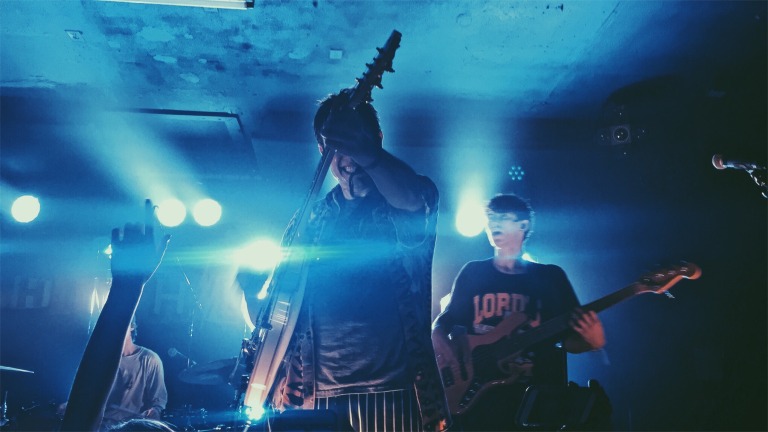 Written and Photographed by: Patricia Alvarez